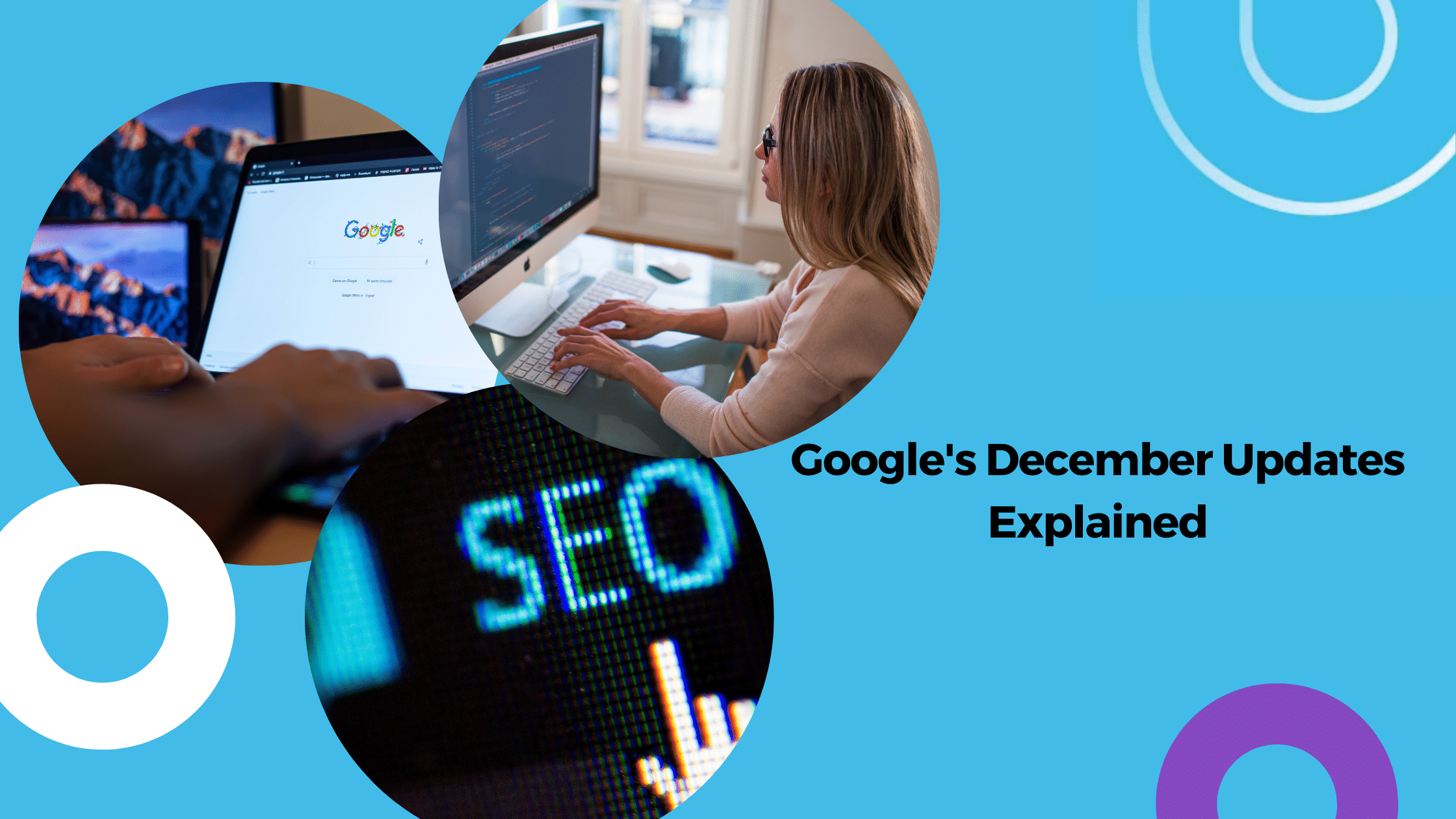 It was a busy December for Google, rolling out not one but two substantial updates to their search systems before the new year hit.

In early December, Google announced that another ‘helpful content’ update will be rolled out, improving upon their previous helpful content system released in August.

Taking two weeks to fully come into effect, Google themselves wrote that the update “improves our classifier and works across content globally in all languages”.

The helpful content system was designed to reward webpages designed for people rather than search engines, elevating those sites aiming to provide a high level user experience and punishing those that fail to meet visitor expectations.

Google have doubled down on their approach to reduce low-quality content, by building on their rankings algorithm, adding new signals and adjustments to evaluate content.

So if you’re only writing simply to rank a keyword, it may be time for a new approach.

Though keywords research is an important and common step within any SEO (search engine optimisation) strategy, simply including words with higher volumes because they’re popular or important isn’t enough.

Now it’s more about picking specific queries that cater to your audiences.

With the release of ‘helpful content 2.0’, we assumed like everyone else, that Google had finished with search updates for the year.

How wrong we were.

Just over a week later, Google confirmed that an upgrade to its spam detection system had been carried out, utilising its AI-based prevention system, ‘SpamBrain’, to identify and nullify unnatural links.

Announced as the ‘link spam’ update, Google themselves wrote, “as we have always emphasised, links obtained primarily for artificial manipulation of search rankings are link spam. Our algorithms and manual actions aim to nullify these unnatural links at scale, and we will continue to improve our coverage”

These improvements will take up to two weeks to come into full effect.

What do these updates mean for your site?

Every algorithm update provides the opportunity to recover from the last one.

So if Googles helpful content system update negatively impacted your site in August and you made positive steps to improve upon your site and its content, it’s likely that you’ll see rankings climb with the December update.

If you found yourself hit by this update, it may take several months to recover, if you make changes to your content over time.

However, it’s important to note that your site may not see positive changes if there are other areas on your webpage that requires improvement, so make sure you’re always working to make your site the best it possibly can be.

When it comes to the link spam update, expect to see some changes, but don’t be alarmed.

Google have advised that rankings may change as the update continues to come into force, but the extent that your site will be affected will come down to how you acquire links and how you link out to other pages.

So if you’re following Googles best practises regarding incoming and outgoing links, it’s highly unlikely that the update will negatively impact your site.

If you found yourself affected by these updates and want to make sure your site stays one step ahead of Google’s endless rollout of algorithm changes, get in touch with us today for a free digital audit and strategy.