How has COVID impacted digital trends in 2020? 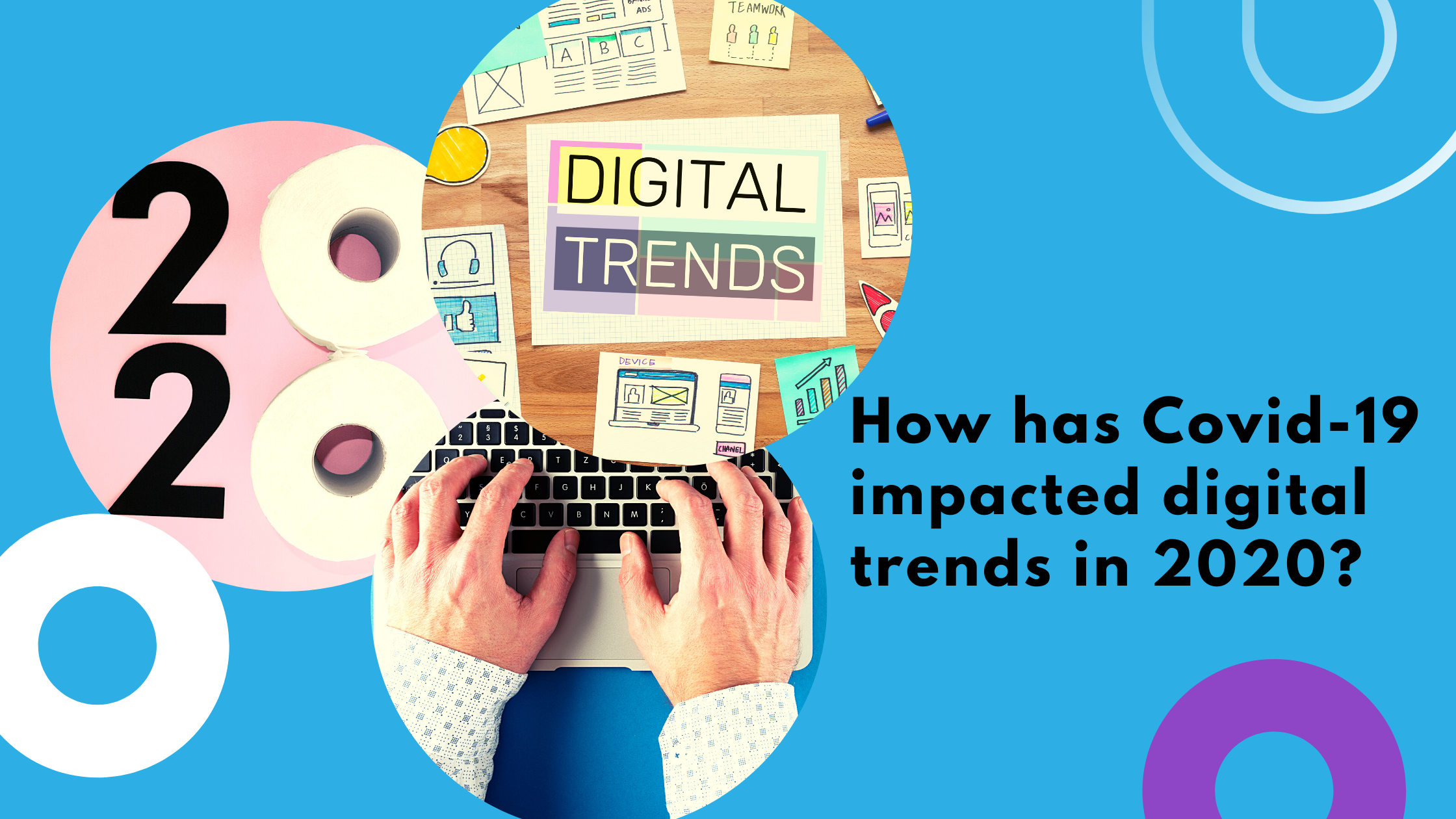 With everyone locked down at home for a quarter of the year (as a minimum), and the government paying the wages, e-commerce has thrived.

Yes there were job losses and no, we’re not suggesting that people have been throwing fifties about the place. But the fact is, that without having to cover the cost of day-to-day living (commuting, lunching, socialising etc.) many of us have found ourselves with some extra pennies in our pockets. And boy, did we want to spend them. Exercise equipment, books, new TVs, bikes, new office equipment for working at home – you name it, people were buying it. Have you ever seen the garden centre that busy? Because we haven’t.

According to a particular report by Adobe, total online spending in May 2020 reached $82.5 billion, up by a whopping 77% from the year before. Experts would usually expect this level of growth to span over a 4-6 year period. It’s utterly bonkers.

This acceleration of online shopping hasn’t helped what was already a struggling high street. What’s become abundantly clear is that retailers who aren’t operating an e-commerce site are in danger of being left behind.

Developers haven’t taken their foot off the gas.

Businesses have worked extremely hard to make it as easy as possible for their customers to engage with them. For many, that means creating, adapting or updating apps suitable for smartphones and tablets.

You only have to look at the rate that the (albeit famously problematic) Track and Trace app was created to see just how hard and fast developers are working. Whether it’s new delivery services for hospitality or e-commerce for retailers, the rate of innovation has been staggering across the board.

Technology might not be the silver bullet in the case of the pandemic, but it’s certainly helped a number of businesses remain viable while they weather the worst of the storm and once again open their doors.

From the office to the home…office.

With the mass move from office to house, the workplace has become a digital one. There’s been an increase in spending on cloud-based systems to allow millions of people to work safely, securely and collaboratively at home. In many instances, this uptake of office technology was a long overdue kick up the backside to make changes to integral infrastructure.

Digital collaboration tools like Slack have grown hugely. After all, employees and teams still need to communicate. Zoom, Microsoft Teams and Google Meet (just to name a few) have all been competing viciously for the number-one spot. And once again, if your software or your business wasn’t ready to adapt at a moment’s notice, forget it. The backfoot is where you’d be found.

Who’s to say how long this COVID climate will continue? But if you know that now is the time to make a start on your digital offering, then just push GO.

That’s where Bobble Digital can help. Get in touch with us today and let’s get started on your digital strategy.